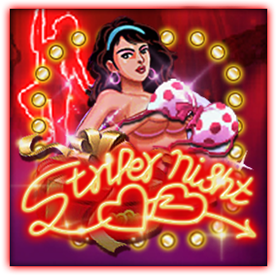 Wild:
-The game starts (wild) will only appear on reel 3, and subtitute for all other symbols including scatter. When wild appear, it will expand to cover all positions on the reels before pay are awarded. The prize is triple when one or more wild subtitute in a winning combination. All symbols pay left to right  including scatter.
Scatter:
-Scatter wins are multiplied by total bet.
Other Rules:
- Scores are calculated from the left side of each bets line, including scatter icons.
- Each game must have 50 active line.
- Line wins are multiplied by bet per line. Highest win only on each line.
- Maximum win per paid spin is 50,000 times bet per line.

Triple Wild Feature:
(Scatter) with 3 or more appearing from left to right on each reel, player will receive 9 free  games. Whenever the wild appear during free games, it replicate itselfonto 1 and 2 additional reels before pays are awarded.
- The feature can be retrigger with retrigerring scatter counted before any wild replication.
-Free game are played at the line bet of the triggering game.

Jackpot:
- Progressive jackpot can be won ath the conclusion of any game. Jackpot are triggered at random.
- Jackpot win are added to other wins.. The total amount of random jackpot is not more than 1.5%.