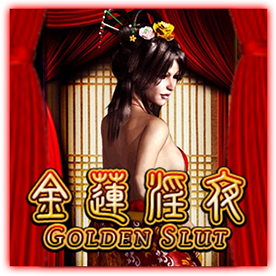 Wild: The game starts  (wild) will only appear on reel 3, and subtitute for all other symbols including scatter.
- When wild appear, it will expand to cover all positions on the reels before pay are awarded.
- The prize is triple when one or more wild subtitute in a winning combination .
- All symbols pay left to right  including scatter.
Other rules:
- Scores are calculated from the left side of each bets line, including scatter icons.
- Each game must have 50 active line.
- The total score for each round is multiplied by the odds per line bet.
- Highest win only on each line.
- up to 50,000 times the prize money.

Triple Wild Feature
(scatter) with 3 or more appearing from left to right on each reel, player will receive 9 free  games. Whenever the wild appear during free games, it replicate itself onto 1 and 2 additional reels before pays are awarded.
- The feature can be retrigger with retrigerring scatter counted before any wild replication.
-Free game are played at the line bet of the triggering game.

Double the game:
- This game is a doubled gold coin game, players need to guess the next cast of gold surface is the "Star logo" or "circle logo." Whenever a successful guess is made, the magnification increases from x2, x4, x6, x8 to x10 to the highest x12.

Jackpot:
- Progressive jackpot can be won ath the conclusion of any game. Jackpot are triggered at random.
- Jackpot win are added to other wins.. The total amount of random jackpot is not more than 1.5%.